2020 is right around the corner, and that means that it is time to reminisce. It is no secret that 2019 was a wild roller coaster, but it is also evident that it taught us so many things. Therefore, we thought it would be an eye-opening idea to ask our crew and audience how their 2019 was, what they learned from it and how have their lives been changed. The answers were heart-clenching, but nevertheless inspiring.

A special thank you goes out to all the participants. Thank you for cooperating!

Malak Mahmoud: 2019 was hectic. It wasn’t a sweet sugary pleasant sequence of days; it was rather rough. Yet I grew out of this roughness, I went through so many changes and I made it out of my numerous comfort zones —I changed, a lot, into a better and more confident human being, and I’m endlessly changing: isn’t that the point of existence, anyway?

Nayirah Salem:  We can say it was a pleasant year to a certain extent since I had a lot of bad experiences but also some sort of good luck too. It was kind of a carousel of ups and downs that seemed never ending. Although it was full of too much sadness, I can say that the sadness didn’t cover the happiness.

Amr Khattab: At the beginning, it seemed like a pleasant year, but that wasn’t the case. It turned from a lovely year to a lesson that won’t ever be forgotten. I would thank 2019 because at the beginning it was kind to me, and I also learned a lot from it.

Aya Elsaiedy: 2019 wasn’t really that great but it was definitely better than 2018 for me. I haven’t achieved much but I had this sudden change of mindset and reaction to things. This change made me realize so many things and grow so much into and out of things. So, I’m honestly thankful for that.

Rawan Elkahky: I wouldn’t say 2019 was a terrible year, but it definitely wasn’t the best. I haven’t achieved much in this year, I had to let go of special people, and I missed others that I hope will forgive me and come back. This year changed me a lot, and I would say a good change. It taught me a lot too. So, I’m so grateful for it.

Malak El Doh:  2019 wasn’t pleasant, but it wasn’t entirely awful either. it was probably the hardest and weirdest year so far because I experienced new things that changed my views on so many people – including ones I considered close.

Shafik:  It was pleasant; however, I believe that there is nothing called a pleasant or a non-pleasant year. It’s called a harsh year with challenges we learn from or a beautiful year when we achieve our dreams. Personally, this year was great. It was a mix of a lot of things: new challenges, awesome experiences, passionate individuals, and life changing events.

Q2) What is one major thing you learned this year?

Maram Mohammed: One major thing I learned this year was to stop dehumanizing myself. I learned to listen to my heart a little, to do things that I am comfortable and okay with and to stop using my mind all the damned time, because that was the main reason of my downfall this year.

Omar Fares: The art of letting go. It’s really hard at first to let go of someone dear to you such as your best friends or girlfriend. Once you let go of that toxic person or material from your life, you immediately become a better person.

Rwan Yousry: I used to care for a lot of people’s opinions. And this always stopped me from doing a lot of things that would’ve definitely made me happier. So I decided that as long as I am right, I will do whatever I want to do. I also learned how to choose people who deserve to be present in my life.

Malak Mahmoud: I learned to believe in myself a little more: I’m actually capable of doing amazing things, I’m capable of embarking on reckless adventures and trying new things and making mistakes —and most importantly, I’m always learning.

Nayirah Salem: The major thing I learned was to stop giving so many second chances to the same person, because it will only make the situation worse. Sometimes, giving someone a second chance is exactly like giving them another bullet to fire. I also learned that apologizing without a change is simply manipulative.

Aya Elsaiedy: One thing this year has taught me is that my life wasn’t unfair to me, but I was unfair to myself. I thought so low of myself and everything around me to the point where it was unbearable. Nevertheless, I learned to give the time and effort required to make all of it stop by actually seeking the change.

Farida Hazem: I’ve learned so much this year. I’ve learned to love myself for who I am and not change for the pleasure of others since, at the end of the day, they will eventually leave. I’ve learned more about my so called “talent” of writing and I recently realized that writing is my new passion. I’ve also learned that life is black and white, and you just got to row down to the white side if that makes sense.

Malak El Doh: This year taught me not to trust people easily, but to also stay open and accepting of everyone. It taught me not to be afraid of putting myself out there and to always be thankful, I guess.

Youssef Mostafa: Work in silence even if your own family doesn’t believe in you. You will find someone that will believe in you and motivate you silently to help you achieve what they don’t think you will.

Yasmin Ibrahim: Don’t rely on and trust promises. Some people will promise you with  forever when they can’t grant it, so just go with the flow and give things time. Sooner or later, your fate is going to pay you a visit, no matter how hard you try to change it.

Shafik: In 2019, I’ve truly learned the lesson we all used to hearing about since childhood, “Choose your friends wisely”. I’ve learned that we may love some ‘friends’ too much that we somehow start ignoring the truth. But, God will always put us in situations where we will have to face the truth sooner or later, and we will have to make the right choices then.

Islam Mohammed: I learned not to fake my personality so that others could like me. My personality can’t be changed. I also learned that not every friend is a best friend. I used to trust so many friends but several things happened that showed me the real ones from the fake ones.

Maram Mohammed: I don’t think that there is a specific event. I would say it was a series of events over a short period of time that wrecked me. They weren’t even a slap to the face, they were a whole whooping. But I think the one that I can mention is a car wreck I was involved in. It wasn’t a major accident or anything, but the realizations that followed really helped me conquer all the unresolved feelings I bottled up inside me. It made me realize that if I don’t take care of me, if I don’t stand up and make some serious decisions, I will probably die without ever feeling okay in my lifetime. I will die weak, battered and bruised. I didn’t want that.

Omar Fares: OK this might sound cliché but it’s true. Joining the magazine. Let me tell you why. At first, I was a normal person. I didn’t have much in mind for photography let alone a goal to achieve or something to do. I was either studying or playing video games. Joining the magazine made me want to diversify more into other categories and start doing stuff I wouldn’t normally do in my day. I have become a better photographer and I suddenly had goals I wanted to achieve.

Rwan Yousry: When my grandfather passed away, I was broken. The thing is, I expected a lot of people to be by my side and help me get through it, but I only found a few. I stopped caring for a lot of people after this. The second event was joining the magazine. It was right after my grandfather passed away; I became more responsible. ( I was very irresponsible before the magazine and never thought about deadlines). I started loving myself more. I started accepting myself the way I am.

Malak Mahmoud: 2019 as a whole completely changed me. I went through so many changes and new events, and this was way too much for a comfort-zone-dweller-introvert. Even though it was quite difficult to cope with all the changes, I’m actually lowkey thankful for all of this. I met new amazing people, I dared to express myself more vividly, I no longer allowed my fears to conquer me (oops, I’m still working on this). Thank you, 2019, for making me bloom.

Nayirah Salem: I have fallen in love with myself and I have changed my attitude towards myself, I stopped making excuses for other people when they mistreat me or do me wrong. Simply, I started to respect myself.

Amr Khattab: My break up was one of the events that changed my life in 2019. After I lost most of my friends at the beginning of the relationship, I started to gain them back step by step when I broke up with my now ex-girlfriend.

Rawan Elkahky: I loved myself. I know this isn’t an event but it’s a huge step. I learned how to accept my flaws and love myself in my own ways even if other people didn’t. My personality changed, I understood the difference between the people who appreciate me and who don’t.

Youssef Mostafa: Getting the first high mark I needed to get into college and proving all my family wrong about me not studying enough.

Shafik:  I’ve received a rejection letter that truly broke me down. Being very enthusiastic about something then suddenly you get the opposite of what you’ve expected could really hurt, and that’s exactly what happened this year. We all get rejected, but this year was different. I realized that life could be unfair at times and that’s okay. But what’s not okay is when we keep looking down and stop looking forward. I’ve learned from that shattering moment that we’ve got to believe in ourselves and never let a single event destroy our ambitions. You got rejected from one? Create a new ambition that you can start pursuing. 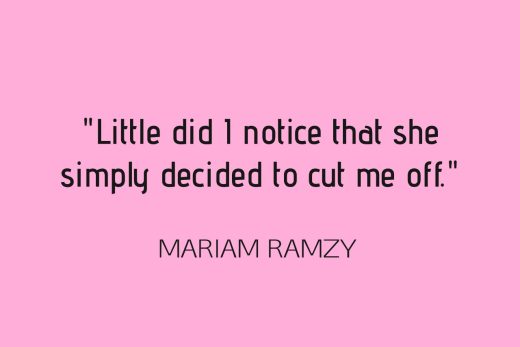 The Importance Of Setting Your Goals 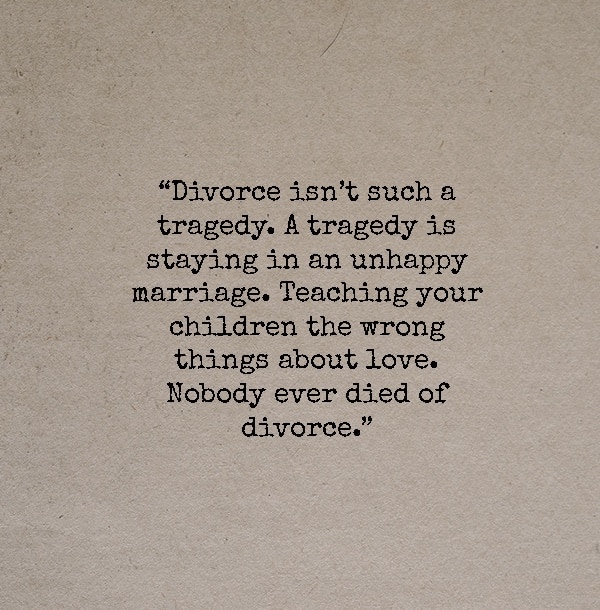 The Taboo of Divorce, and Why It Isn’t Actually a Taboo 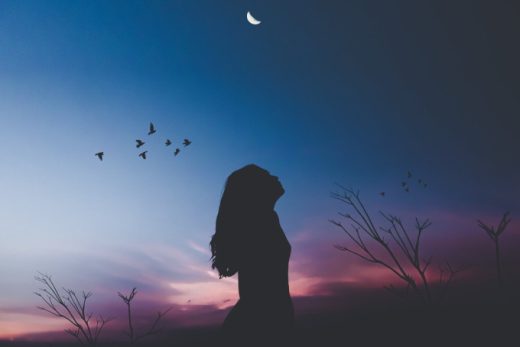