Growing up in a family that had absolutely no interest in music, the thought of singing, yet alone becoming a singer, would have never crossed Mahmoud Hazem’s mind if it wasn’t for that one incident, that one “holy shit” moment, that surprised his 15-year-old self. Mahmoud Hazem, a 21-year old architecture student, aspires to be a singer who publishes his own songs and spreads his message as far as it could reach overseas. His passion for music keeps pushing him to achieve even greater heights, and his infinite love for it helps him defy all obstacles standing in his way and aids him in his epic journey of achieving stardom.

When he was 15, during a family outing at Sahel, his relatives hosted a small talent show just for some laughs. Seeing that Mahmoud had nothing in mind, his family suggested he should just sing, unaware that he actually had a good voice in store. It was a surprise for everyone, including Mahmoud himself. He said, “After I discovered that I actually had a good voice, I’ve been training it ever since to make it sound better.”

Mahmoud Hazem wasn’t inspired by Adele’s stunning vocals, Billie Eilish’s unique style, or even Jennifer Lopez’s extraordinary success. Instead, Mahmoud was inspired by those who started from the very bottom. “I was extremely influenced by YouTube singers – the fact that they were my age, some even younger, and were ready to share their journey just like what I’m doing right now. Vocal evolution videos also inspired me – the kind of videos that showed singers who started from nothing, those who didn’t have a good voice to count on yet, adopt extremely beautiful voices through training. These videos actually convinced me that I could do this.”

Unlike everyone else, Mahmoud believes that a good voice is not necessarily a talent you’re born with. “It’s like a muscle; if you train it, you’ll reach new heights with it.” When Mahmoud was certain that music is for him, he decided to acknowledge that fact out loud and confront his close ones with the path he’s decided to take. It wasn’t like he expected support to be handed out to him on a silver platter, but the amount of oppositions and contradictions he received from his family’s side were surprisingly shocking.

They saw that it was merely a distraction and refused to pay for me to train in professional places. It was the same when I asked to learn to play the guitar – refusal was all I was met with.

“They saw that it was merely a distraction and refused to pay for me to train in professional places. It was the same when I asked to learn to play the guitar – refusal was all I was met with.” For many, this is the point where we lose it and surrender to our parents’ wishes. Our dreams becoming nothing but far, lingering figments of our imagination during our sleepless nights and hazy visions. However, this wasn’t Mahmoud’s case, and surprisingly too, he managed to change their minds. “They actually started getting supportive when they saw that I’m actually reaching places. When they saw that I sang at the university, downloaded videos, and got positive comments from my followers. When they saw that I learned how to play whether they liked it or not, and when I told them in all brutal honesty that I love music. I told them I’ll do this 24/7 along with the Engineering career I pursued for their own sake.”

When they saw that I learned how to play whether they liked it or not, and when I told them in all brutal honesty that I love music. I told them I’ll do this 24/7 along with the Engineering career I pursued for their own sake.

Mahmoud sings (alongside English) underground Arabic – an up-and-coming style of music that has Arabic lyrics but is based on Western music and vocals. Underground music is rapidly spreading, but it is yet to be accepted by many people. Mahmoud faced plenty of opposition and heard many remarks like “You’re just speaking broken Arabic”, but he was keen on pursuing this style because he understands that people are just afraid of change.

That’s when Let’s Go Big Music comes into play: Mahmoud was abruptly introduced to Mazen Yaseen, the mastermind behind Let’s Go Big Music, after he started singing in open mics in hopes of gaining some recognition. Mazen Yaseen started Let’s Go Big Music in order to support underground singers. He gives his team of underground musicians lessons on stage performance and PR for free, as well as digital support such as exposing them to a wider audience. Right now, Mahmoud is a freelancer. He sings anywhere and everywhere. From TEDx events to local cafes.

According to Mahmoud, his TEDx event was his absolute favorite. He had extremely high hopes, and was met with an even greater reality. TEDx asked him to also talk about his journey, and our talented singer had the audience in awe by the end of the night, to say the least.

Mahmoud shared with me this very inspiring, and a little enraging, story, which I thought had to be put out there for all the up-and-coming artists to hear.

“A couple of years ago, I decided to record a song at a professional studio; so I went to said studio, and recorded the song. I was just starting out and I was a little insecure about my voice, so I sought the owner’s opinion. His answer was very heartbreaking. He said “Honestly, you should find a new hobby.” In order to hide my disappointment, I just joked about it with him and left. The experience had negative effects on me for 8 whole months, but I just couldn’t let my passion for singing and music die out. Fast forward a couple of years, there’s an event in my college that required my group to record a song in a studio. So, we went to that same studio and recorded. My voice had improved a ton since that last time and the man didn’t really recognize me. He went on about how talented we were, and how we needed to be heard. I was ecstatic, because I realized that haters are the most important people in our lives; we just have to make their negativity our motivation. I am more confident now because I worked hard on my voice, and I am pursuing my passion.”

I was ecstatic, because I realized that haters are the most important people in our lives; we just have to make their negativity our motivation. I am more confident now because I worked hard on my voice, and I am pursuing my passion.

Mahmoud is now able to develop his own style and is aiming to publish his own quality songs one day. Even though his days are hectic, he does all he can to manage his time between his social life, passion and studies. “I have 2 golden days, Monday and Saturday, to train and meet new people, while the rest of the week is dedicated to my studies.”

This interview with our beloved Mahmoud Hazem was purely inspiring and motivating, as the positive and persistent aura he has does wonders. For all the talented up-and-coming creative artists out there, please don’t hesitate to pursue your passion and share your art with the world. We are the generation of pure talent and opportunity, and it’s about time we start supporting one another. 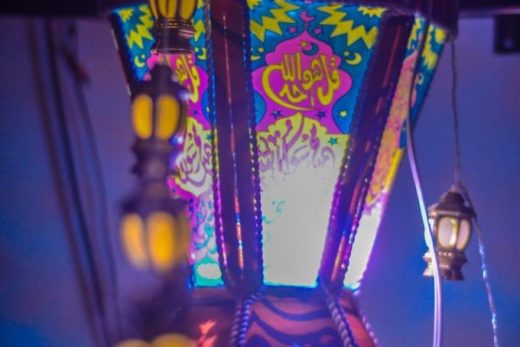 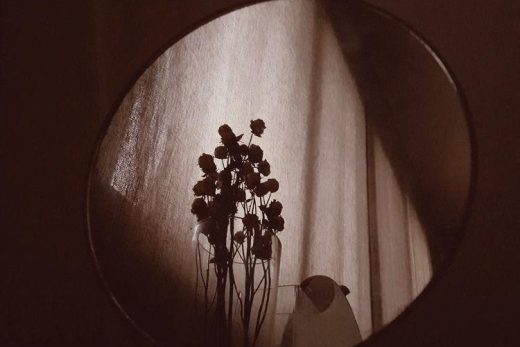 People in Ramadan: Dates and Samosas 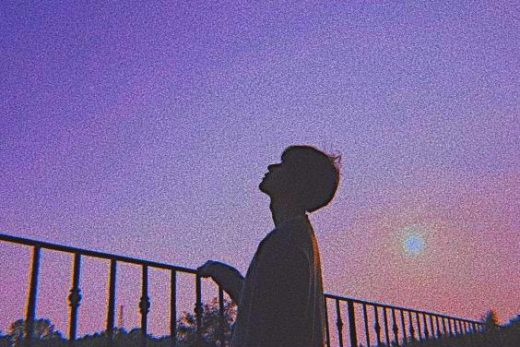 The Stranger I Still Love