Music is the universal language we all speak; it’s where most of our emotions are vocalized through the beautiful voices and amazing lyrics. It has always been changing and evolving, from the dreamy vibes of Frank Sitara making us “Fly To The Moon” to us blasting and rapping our hearts out like “Godzilla” by the Rap God Eminem. The music industry is always going up and down. Artists can break through in the industry and mark it with their talent; however, sometimes, some talents go unnoticed. So here I am presenting you with the top 4 underrated musicians that you should listen to during this quarantine!

Matthew Tyler Musto, known as “Blackbear”, is an American singer, songwriter, and record producer. Musto, who was born in Pittston, Pennsylvania, moved to Los Angeles during his late teens, dropping out of school in the 9th grade to focus on music— EDCUCATION IS STILL IMPORTANT STAY IN SCHOOL XOXO. In 2016, unfortunately, he was hospitalized and diagnosed with chronic pancreatitis due to excessive alcohol use. During his time in the hospital, he wrote his album “Digital Druglord”,  his third album after “Deadroses” and “Help”, and took this time to become sober. He released 2 other albums thereafter, “Anonymous” and “Sad But Chillin”, and recently welcomed his first son, Midnight Thomas Musto, on the 26th of January, 2020! With 5 studio albums, 6 EPs, 1 mixtape, and 2 collaborative albums, Musto managed to capture millions of hearts!

HAIM is a pop, rock, L.A band, formed by 3 sisters, Este, Danielle and Alana. They grew up in a musical family, practiced and played musical instruments from an early age, and appeared on the 2005 Nickelodeon Kid’s Choice Awards. They are well known by their song “Forever”, a limited download EP. Those amazing girls were also nominated as “Best New Artist” at the 57th Annual Grammy Awards. They aced on Saturday Night Live by performing two singles, “The Wire” and “Don’t Save Me”. Ironically, their high school drama teacher once told them, and I quote, “you are never going to be on Saturday Night Live”!

James Gabriel Keogh, also knows as Vance Joy, is an Australian singer/songwriter who has been stealing hearts with his smile since 1987. Prior to his music career, Joy was a successful Australian football player who won Best Rookie Award in 2008. He started off as a support act for Taylor Swift’s “1989” World Tour, performing his single “Riptide”, the song that established him in the music industry. It was that song that launched Joy’s career and placed him as number 30 on “Billboard Hot 100” and number 1 on “Alternative and Rock Airplay” charts.

From her breathy vocals in Zayn’s “Wrong” to landing number 5 on Billboard’s Top R&B/ Hip Hop Album with her second mixtape “You Should Be here”, Kehlani broke through the music industry and got nominated for a 2016 Grammy Award for “Best Urban Contemporary” all while having a baby girl, Adeya Nomi Porish! We support rocking women!

Finally, we you’re used to us in all of our music playlists, here’s your Anghami Playlist whose stars are those amazing musicians!

Top 10 Movies to Watch for Halloween 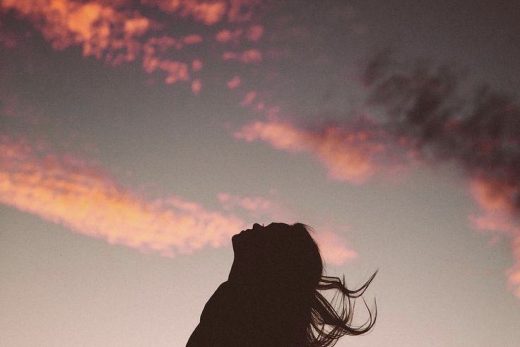