I Forgive You: A Message to my Younger Self

“You’ve always been growing up inside me. But a while ago, something has suddenly stopped you.
I’m not sure who is responsible for losing you. Is it because I’m constantly fed up with lies and delusions? Or is it because I couldn’t think of you as anything else but an idiot? Was it all because I was blind to see the real you? I mean it’s no secret that I kept underestimating you, doubting your abilities, and questioning you over and over. I’ve never seen you good enough, even though you were.
The result remains the same, and I’m out of reasons.
I’m pretty sure it was my fault.

Remember when you wanted all the attention in the world, but then you realized that everyone has their own problems that they can barely give any time for others?
When you always thought that you were right, despite having no experience in dealing with the outside world?
When you made every single mistake but chose to blame it on someone else?
When your pillow was the only thing carrying the heavy weight of your tears as they were always filled with unspoken words?
When no one could understand you, but growing up, you’re the one who can’t understand people and keeps them miles away?
I’m glad you understand that not all life stories are fairytales, and there isn’t always a happily-ever-after.
It was heartbreaking to know that you sometimes don’t matter to people, because the older that you get, the more you get abandoned.

Everything changes, darling.
You’re no longer that girl with no responsibilities other than doing your homework and making your bed in the morning.
You’re no longer that naive and stupid; you’ve learned how to do things on your own.
Let the pain hit you with every second that passes, and learn from it.
Have the courage to go against the storm, face the thunder, and let the small drops of rain wash over you as they erase your mistakes.
Yesterday was hard.
The world is cruel.
People are hurting you and leaving with no apologies.
But you’ve learned to let it go.

A message to my younger self:
I lost you, but still, I miss you.
Don’t you sometimes wonder why I’m still attached to the memories you’ve left behind?
It’s because they remind me of how things used to be back in time with you.
I let you go, not because I hated you, but because I realized that you’re incapable of facing the cruelty of the world with your kind and innocent heart. You were not good to go.
In the end, I forgive you.
I forgive you for letting yourself be mistreated, for being unable to say “no” to the things you never felt okay with.
I forgive you for looking at your mistakes and beating yourself up over doing them instead of learning the lessons they are teaching you.
Those mistakes were like shining flames; you were blind to see their light yet only felt their heat. You focused on the miserable side of things and kept your time wasted in thinking about the most desperate of thoughts.
That version of me was weak and replaceable, so I burned it. And now I’m standing on the ashes of who I’ve used to be.” 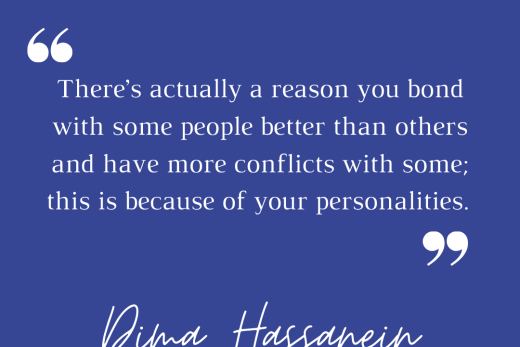 The Four Types of Human Behavior

To be a Poem 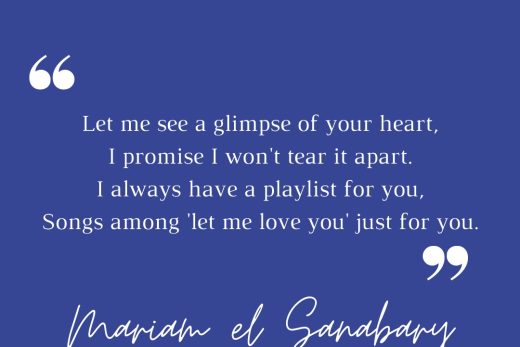 Let Me Love You