What do we associate with international schools? Spacious campuses and superb facilities… Advanced curricula… Amazing events and competitions… Prestigious certificates. Basically, a promising future on a silver platter. Well, I am here to prove thatevery coin has two sides and that all of that comes at a very high price. And believe it or not, it is not the money I am alluding to!

International schools in Egypt pursue the following recruitment strategy: the more Non-Egyptians the merrier! They are brought in to apply western, obviously more advanced education standards, which, for starters, sounds very harmless. Instead, however –and here comes the problem- they try to force western standards in general on their students (just like white people all around the world are trying to universalize their world view, you know?).

Europeans are very proud of their achievements during and after the enlightenment; similarly, Americans are proud of their fight for independence and of founding the world’s first democracy, so I completely understand why they practically worship Kant, Rousseau, or Washington. My question is: Why do they want us to view them as world-saving redeemers without whom we would have been stuck in never-ending dark ages? What if we –as Arabs or Egyptians- had our own enlightenment? What if we had our own genius philosophers and scientists whom we should be allowed to derive our world view from? Is this a bit too much for our arrogant teachers with their “White Savior” attitude?

And it gets worse. When they sense that pride, they respond with full-on belittling or canceling our culture. They routinely drop racist remarks as if it’s their right to. And for the record, this is not based on an individual observation or a personal experience. I have conducted a survey on this specific issue among international school students of more than 10 of the biggest schools in Cairo and Alexandria and the answers were honestly overwhelming. 77, 7% of the respondents said that they have had teachers make racially driven insults in class!  And what do the students do in response? A whole lot of 61% of them do nothing at all! Only 39% report such insults. And believe me, as an international school student myself, when I say it is not out of weakness but rather out of distrust in the administration to change anything because, in the end, the school needs those foreign teachers.

It turns out, though, that this passiveness and resignation are even worse forms of weakness! Because they are nothing more than a perfect catalyst to our teachers’ postcolonial propaganda and manipulation. We are actively distancing ourselves from our rich belief systems and values by passively letting what our teachers dictate on us sink in. We let it sink in that our success is tied to studying abroad- or to be specific: in North America or Europe, the promised lands! We let it sink in that it’s totally fine that we don’t learn our mother tongue properly (if at all) in a school that is supposedly “first-class”. We let it sink in that our history is not as important as Columbus’ voyages.

The price I’m talking about, ladies and gentlemen, is our pride and self-worth!

So here’s to international school students: You are smart, intellectual, worthy and educated even –or especially- if you choose not to disown your culture. There’s so much you can learn from other cultures. However, know that you and only you get to choose what you are going to take in so don’t let anyone prescribe it for you! Look at yourself, your beliefs, and your culture as a puzzle made of endless little pieces. Sometimes you can replace one of your pieces with a foreign one from a different puzzle set, and sometimes new pieces just don’t fit in! Be proud of your puzzle and modify it with pieces that do not conflict with your built-in ones. Alter it to an extent that does not make the original picture die away!

To the parents: I know you want to give your little ones a world-class education and thereby grant them a promising future. And I’m not saying international schools are a no-go – absolutely not! Yet before you kiss your life savings goodbye when paying the tuition fees, know that your kids, too, will pay! Educate yourself. Be prepared to guide them through one very complicated “pride hunt” as I like to call it.

And finally, to the foreign teachers: Seriously, stop universalizing your world view. If you come to Egypt intending to save a bunch of oppressed uneducated kids, then save us thehassle and stay right where you are. But if you are here to teach and in return learn something new and to constructively exchange cultural values, then you are more welcomed than ever. We need teachers who produce perfectly balanced proudly bicultural students not confused and lost ones!

A Letter from a Heartbreaker

The Age-Old Question: Who Do We Believe? 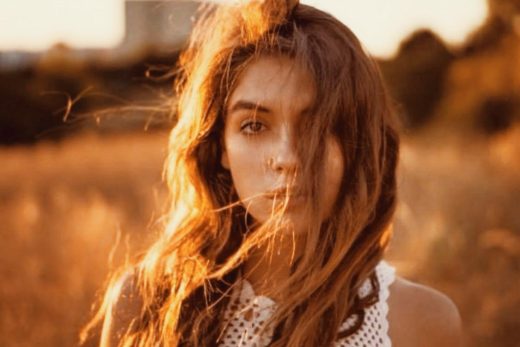