It has been almost been two weeks since the Quarantine Competition in Milky Way Magazine, and the contestant who won 1st place is no other than Marina Makary!

Marina is a 26-year-old Egyptian Journalist raised and based in Dubai, UAE. She studied Journalism in the American University of Dubai and graduated in 2014, and she has worked several years in Dubai before moving to Cairo, Egypt to continue her work as a journalist.

She discovered the Quarantine Challenge through Writers Hub (@writershubeg) and decided to enter her first competition and try out. Before trying out for the competition, she comments at how quarantine inspired her to write and read more, amplifying her skills as a result since her move to Cairo in December 2019. She explains further that before the COVID19 pandemic, her work life exhausted her from making time to write, but now she has more than enough time to continue practicing.

Makari delves further into her journalism career by working for an online magazine called Scoop Empire, and her writings shift into different categories, but her favorite is fashion. She only writes news when new trends and controversies appear, but other than, Scoop Empire “focuses on art, health, sports, and thoughts”.

I write in so many fields and that’s what I like about my job. I don’t have to write about anything specific. We write about news unless when the society or community are talking about controversies; other than that, we (Scoop Empire) are not news based. I also worked as a politics news reporter in 2015, to which I enjoyed doing as well.

Marina Makary on her experience in writing and journalism

Her favorite authors and writers are mainly Arabs because of her interest in Middle-Eastern fiction novels. She proclaims her love for Hoessinei’s novel “A Thousand Splendid Suns”, which inspired her to read more and expand her horizons. Marina expresses her expansion of her hobbies other than reading and writing, and she owns a writing blog on Instagram (@trueblossom_), where she describes her writing in her own words as “expressive, writing exactly how I feel, what I am thinking, absolutely with no filters”, and she is also experimenting with yoga to help her cope with the current pandemic.

Her advice to Milky Way readers is:

Keep writing, and as simple as it sounds, but there are times that you will feel that your writing isn’t that interesting to anyone, that it’s not good, it’s not worth publishing, but really, any writing is good. Like everything else, writing is a skill that get better. 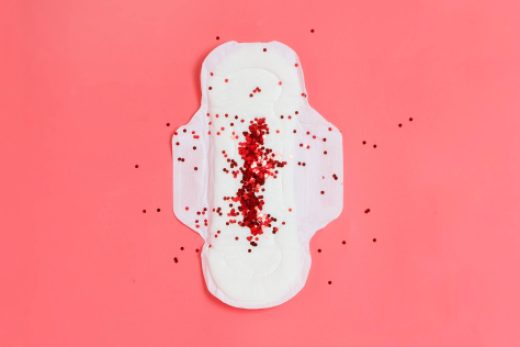 Five Tips & Tricks on How To Ease Auntie Flow

Enjoying Your Own Company (Date-time tutorial)

A Realm by the Sea