We all need a mood lift from time to time and well, what better way to do so other than allowing your artistic side to explore? Speak It Out, which was hosted by 404 Egypt on the 14th of December, was an event that was the epitome of ART, ART, ART.

The event took place in Soul Lounge, which was a solid pick, as it just provided the vibes needed to make this open mic night spectacular. The place was PACKED though, and we were more than glad to have so many art performers and supporters in one place. Performers varied from musicians, singers, poets, rappers, and so much more. A lot of guest performers even made a grand entry, and let’s just say the mini-dance party we had was to die for.

The night started out with our lead guitarist and very talented music producer, Mustapha Taher, who set the mood straight for a great night ahead followed by Farida Gohar and her breathtaking words. Mohamed El Desouky then took over the stage and sang “The Truth” for the first time live, and Farida Khaled made her presence known with her trusty violin.

Dina el Khateeb mesmerized us with her Arabic piece, Salma Wahby proved how powerful and capturing poetry can be, and Yousef Shams performed like no other.

Then, the BIG BOSS like we like to call him, Amir (@amirr.musique), came in as a guest performer with his saxophone and set the entire place on fire. Let’s just say that the mini-dance party happened during his performance.

A lot of performers dominated the stage that night, and we honestly could go on and on mentioning each and every one of them and their unique performances.

Youssef Mansour and Salma Zakareya, founders of 404 EG, honestly did a very good job handling the event, as everything was in order and they made sure everyone was having a great time. The event was a major success, and we are very glad we got to be its media sponsors. We certainly had a great time, and we are pretty sure everyone else did. So, we can all now give a hand to the great job and planning done by 404 EG, as we are more excited than ever to be present in many more events hosted by them. So, everyone, stay on the lookout for their upcoming events.

Being a Freshman in High School 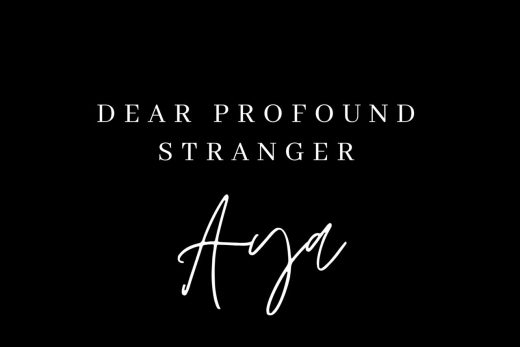 Child Abuse in the Arab World